Scheduling A Check-Up For Your Vehicle After A Crash 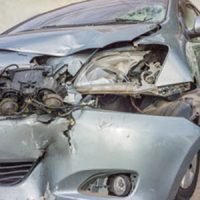 Most car accident victims are encouraged to see a doctor after their crashes, to ensure that they weren’t injured in the collision. This is an important step, as some symptoms are masked by adrenaline following a crash and an accident victim could end up only experiencing them a few days or even more than a week later. Waiting to get checked out by a doctor can have significant repercussions for an accident victim, whose treatment could be delayed. It can also make it more difficult to obtain compensation after a crash.

While seeking medical attention for the parties involved in an accident is most important, car accident victims should also consider getting their cars inspected as well. Even if it seems to be handling fine after a collision, there could still be underlying damage and waiting to discover it could make it more difficult to establish liability. Driving a damaged vehicle also puts drivers at an increased risk of being involved in a second crash.

After being involved in a car accident, it’s important to keep an eye out for specific kinds of damage, including structural issues. A crash can impact a vehicle’s steering, frame, and suspension, all of which affect how a car maneuvers. While dashboard lights may come on to indicate a problem, damage to the electronics system could cause the lights to malfunction. Fortunately, mechanics have scanning devices that can help uncover problems that can’t be seen in a visual inspection.

The electronic, sensor, and radar systems that warn drivers of nearby pedestrians and vehicle

could also end up damaged in a collision. A person could assume that they are still working correctly until they suddenly collide with someone in a nearby lane or while backing up. For this reason, it’s usually a good idea for car accident victims to have a mechanic or dealership confirm that the systems are still working after a collision.

Drivers whose airbags deployed in a car accident will need to take their vehicles in to have those airbags replaced. At this time, drivers should also consider asking the mechanic to check the overall system and to inspect the webbing on the vehicle’s seat belts, which can become damaged in a crash.

Most window damage sustained in a collision will immediately become obvious. Small chips or cracks could, however, go unnoticed in the immediate aftermath of a crash. Unfortunately, while these kinds of problems might not be serious for the present, they can make it more likely that the glass will require more extensive repairs down the road. Keep an eye out for these kinds of small issues or speak with a mechanic about conducting a thorough inspection of the vehicle.

The Anderson & Anderson Family is Here for You

Car repairs often end up being more expensive than people think, especially if the problems don’t get diagnosed immediately, as injured parties could end up covering those costs on their own. For help seeking fair compensation for your own car accident-related damages, contact the dedicated Tampa car accident lawyers at Anderson & Anderson by calling 813-251-0072 today.