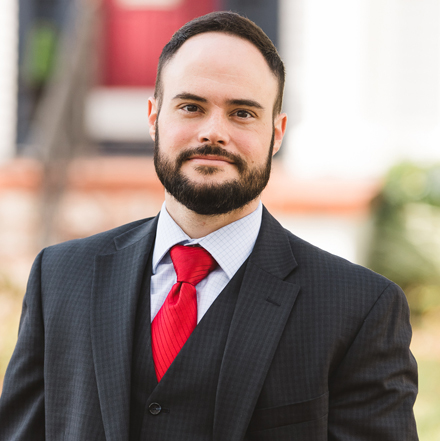 After taking the Florida Bar exam, Robert immediately started his law career as an Assistant Public Defender for the 8th Judicial Circuit in Alachua County. During his 6 years at the Public Defender’s Office, Robert defended thousands of criminal cases gaining immense litigation experience as well as valuable negotiating skills. Robert was lead counsel to 23 jury trials during his career at the Office of the Public Defender.

In 2019, Robert proudly joined the firm of Anderson & Anderson bringing his trial experience to the personal injury world.

Robert is a member of the Florida Justice Association, the Tampa Bay Trial Lawyers Association and the Hillsborough County Bar Association.

Robert Pollick was named to the Super Lawyers Rising Star list in 2022. The Rising Stars list recognizes no more than 2.5 percent of attorneys in each state using a multiphase selection process, including nominations, independent research, and peer evaluations

During his downtime, Robert enjoys spending time with his family and friends, running, cycling, snowboarding and cooking.