Close Menu
Tampa Auto Accident Lawyers > Blog > Car accident > How Do Insurance Companies Decide Who Was At Fault For A Car Accident?

How Do Insurance Companies Decide Who Was At Fault For A Car Accident? 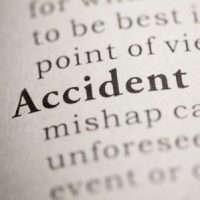 Many car accident victims find that dealing with their insurance company afterwards is the biggest challenge to the recovery process. One phase that often bogs down the compensation process is determining who bears liability for the crash. While all insurers have a unique process for attempting to determine fault, they all have a similar method of investigation.

The investigation into the cause of a car accident starts when an insurance company receives a claim, or a notification that someone intends to pursue compensation under a specific policy. Before they start processing a claim, many insurance companies first take a statement from the covered party, at which point they will begin gathering and evaluating the evidence. Eventually, either an adjuster will make a decision regarding liability for the accident, or the company will undergo an internal review process.

When attempting to determine fault for an accident, insurers look at a few key pieces of evidence, including:

After compiling and reviewing this evidence, the person assigned to a claim, usually an adjuster, will determine liability for the accident. If the other driver is deemed at fault, the insurer will then start the process of seeking compensation from that driver’s insurer. If, on the other hand, the policyholder is found at fault for the crash, then the company will pay out the claim to the injured party. If there is disagreement regarding fault, then the claim may need to proceed to litigation, where a jury will decide who was liable for the crash.

The Anderson & Anderson Family is Here to Help

As one of the longest running personal injury law firms in Tampa, the dedicated Tampa car accident lawyers at Anderson & Anderson have been helping accident victims and their families recover compensation for nearly 40 years. While you focus on healing, recuperating, and getting your life back in order, we will work hard to make sure that you have the resources to do so. Schedule a free consultation with a member of our legal team by calling 813-251-0072 to get started on your case today.

By Anderson & Anderson | Posted on June 23, 2022
« What To Do After A Slip And Fall Accident
How Are Personal Injury Settlements Paid Out? »