How Comparative Negligence Can Affect Your Recovery 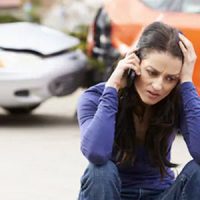 Personal injury claims require the resolution of two major issues: liability and damages. Liability involves determining who was responsible for a crash, while the latter requires evidence of how the crash affected the victim financially. These two issues are more closely related than most people realize. It is, for instance, possible for a plaintiff’s own negligence to come into play when assigning damages, ultimately lowering his or her award. Read on to find out more about how this legal standard could affect your own ability to recover damages after a crash.

A plaintiff’s ability to recover compensation for a car accident hinges on the ability to prove that someone else’s negligence was the direct cause of a particular collision and resulting injuries. Establishing fault often proves to be the most difficult part of a personal injury claim, with both parties blaming the other. In many cases, it is possible to prove that one person was solely responsible for a crash. A person who sped through a red light, for instance, causing a collision in an intersection would likely be held entirely responsible for the resulting crash, as long as the other driver wasn’t speeding, violating a traffic law, or under the influence. Fault, however, isn’t always so clear-cut and a jury or judge could end up assigning blame to both of the parties involved.

Florida courts apply the standard of pure comparative negligence when assigning fault in cases where both parties exhibited some sort of negligence. In some states, any plaintiff who contributed at all to his or her accident would be barred from recovering damages, even if his or her contribution was negligible compared to the other driver’s. Under the pure comparative negligence standard, on the other hand, both parties are assigned a percentage of fault if they both contributed to the accident.

In these cases, an injured party can still collect damages, albeit in an amount that is proportional to his or her degree of fault in causing the accident. If, for instance, an accident victim was found to be ten percent at fault for causing a crash and another driver was 90 percent at fault, then the former could still recover damages, although in an amount reduced by his or her degree of responsibility (in this case, ten percent). So a victim who sustained $100,000 in damages in a car crash could still recover $90,000 ($100,000 minus ten percent).

Set Up a Free Consultation with Our Legal Team

We know how frightening and frustrating it can be to be involved in a car accident and then face resistance when attempting to recover compensation for your losses from the at-fault party. Fortunately, you don’t have to go through this ordeal on your own. To speak with one of our dedicated Tampa car accident lawyers about how comparative negligence could affect your own damages award, please call Anderson & Anderson at 813-251-0072. You can also reach a member of our legal team by filling out one of our online contact forms.

By Anderson & Anderson | Posted on May 18, 2022
« What Types Of Damages Can I Recover After A Florida Car Accident?
May Is Motorcycle Safety Awareness Month »